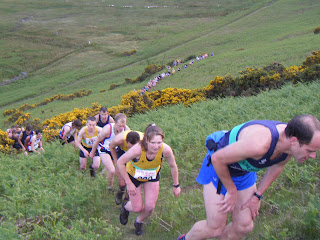 About the middle of last week, Eden Runners went into overdrive on the slopes of mighty Blencathra. At the helm, race organiser Anth 'Legs-akimbo' Labram not only amassed a crack team of marshalls, but ran the race, took photos along the way and also managed to keep a mental note of all the race numbers used, including omissions. A feat that the oxygen-starved amongst us can only dream of... 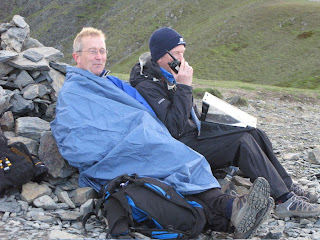 But there we are. On with the show. Faultless execution on the day meant happy runners, and if that was a measure of success then it was a hit. Standing on the summit, the number of runners that thanked us as they went past was really heart-warming. So too was seeing runners stop to take in the summit views.

Aye, it's a grand sport.

Here's a few action photos taken by Anth on the hoof, and one or two taken by me. 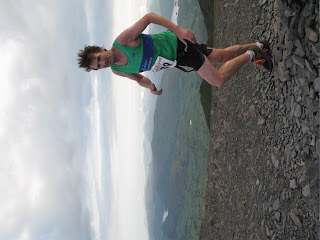 Hair raising running on the tops 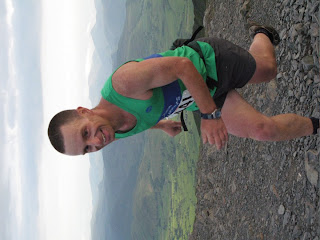 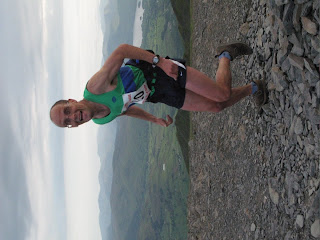 No time for a sermon on the mount
Posted by Rhiannon at 6:52 PM