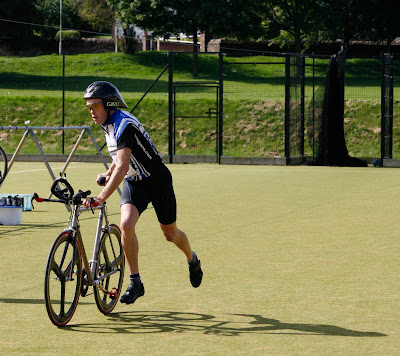 Anth Labram cutting a mean shape on his way to victory

All photos taken by Stu Mair.

Well, there it was. A rapidly-organised triathlon in our very own town. Who could resist the charm of such an event? Some of us had done no specific training, no planning, no long build-up to the big event, not even a dip in the pool to see how things were in the arm department...It almost had all the minimalist allure of a fell race.

In keeping with the lack of forethought, the nerves beforehand crept up and kept on going. By the time I was in the pool (funny hat on head, oversized goggles slipping about), I could have been on the Olympic nervous-panic team....Will my cycle shorts stay on the lower body, or will they fight to stay in the pool as I make an undignified exit?...Will I don my swim googles for the run instead of the hat?... 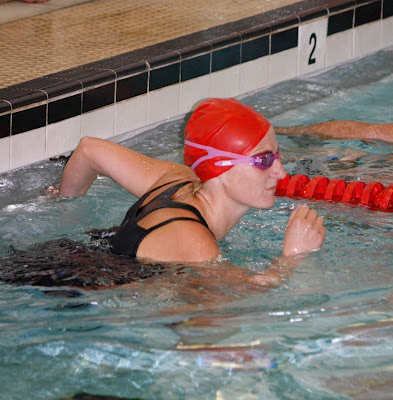 Karen poised for the off

With no earthly idea how long it would take to swim 400 m, I'd over-estimated, which meant I was first in the pool. This worked out well, so in no time, I was on the bike, squelching slightly and a bit gritty in the foot department. So far, so good. Anth creamed past on the edge of town, wearing a helmet that he'd borrowed off Darth Vader.

I wobbled on, past familiar faces marshalling the route. This wasn't like a fell race though. Normally I can have an entire conversation with someone as I'm passing. This time, there was the odd snatched word drifting off into the wind...."..Welllll...." or ..."...going..." I wonder what they were saying... 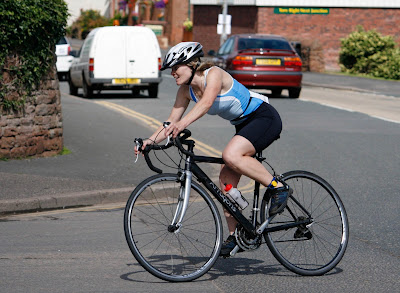 Meanwhile, back in the pool, Wacker (anchor man of Team ER) was cracking out a scorcher of a swim. In a shade over seven minutes, the half-man, half-fish was in and out, ready for a swift turnaround with Tony the Wheels. Fate played a cruel hand though, when Tony found the regulation Ullswater Community College drawing pin on his way to the event. It had been busy reducing his tyre pressure to a heavy yawn, and it looked like the game was up. With a 20 minute transition that took in Wacker's bike shed and back, it was all to play for. With the second bike, Tony was able to get back on the road. John B then took over from Tony, and ran the second fastest 5K of the event. 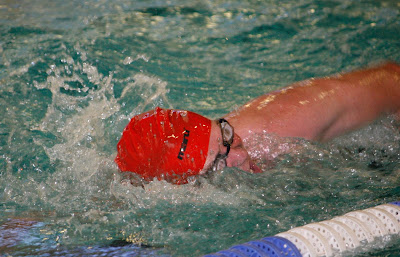 With the running shoes on, I was now ready for the 5K. Well, the upper half of me was. The rest had decided to morph into potato-legs. It was all a bit debilitating. Resigned to shuffling around the taped course, mostly watching Karen steaming along as if this was the first exercise of the day, it was just a case of finishing and not lying down for a nice rest. 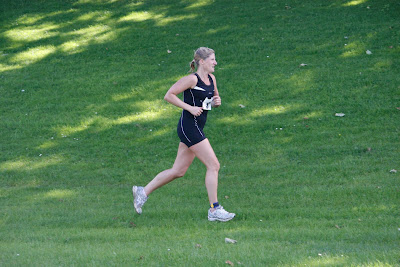 So that was that, the first Penrith Triathlon, but hopefully not the last. The triathlon newbies, Karen and I, decided that we did enjoy it (although that was a few minutes after the event).

Congratulations to everyone who took part. Thanks to the organisers, Sarah and Phil Graham of Arragon's Cycle Centre, Jeff Marshall of Eden District Council. And thanks to the marshalls, many of them Eden Runners on their day off. A big 'ta' to Stu Mair for magic photography and the odd "aye, grand, lass' as I lolloped past. 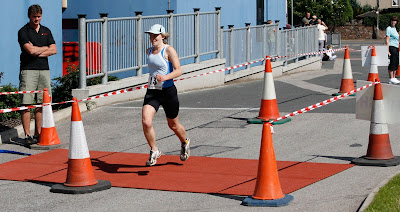