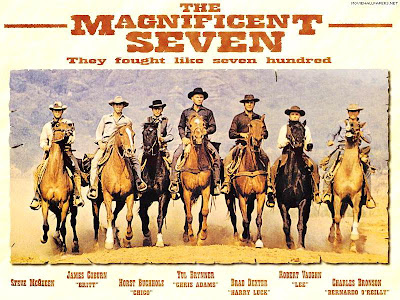 Well, there it was. The 7th event in the 2009 Eden Runners Road Championship series, the Golden Ball. A mere 5000m, a blast alongside the River Lune, between Lancaster & Heysham. Only 5km, but enough to sap every last drop of energy. Legs which feel like springs at 11am (obviously I’m not referring to my own legs here) feel like lead by 10 past, and then like concrete & clay (oh, the sidewalks and the streets) by quarter past. But you do get a t-shirt, and then if you’re like me, you lose it before you get home. Never mind, I have too many t-shirts anyway.

In 2008, the club went to this race and in the aftermath we had cause to re-focus our priorities and think again about what we are and what keeps us here. All was well in the end, and so we came back - complete, thankfully, with Dave.

7 of us gathered in gentle spring rain on the old Lancaster Road at Snatchems (so called because the pub was a target for press-gangers looking for 'volunteers' for their ships at the height of the cotton trade). Also present were Karen’s two daughters Emily & Tiffany – neither running, though for differing reasons. Emily because she is still recovering from a throat op, and Tiffy because she is “... too little. They said the roads are too busy. Hmph.” (I wonder who she takes after?) Maybe the field was 80-strong or so, and we reflected that the damp weather had possibly caused a few to stay away. In 2008 we had 20deg of blazing sunshine, today we had maybe 14 or so, and heavy cloud cover. Thankfully, there was no breeze to speak of – almost ideal running conditions. Kevin, Dave and Tony engaged in some pre-race psychology that even Maurice Green would have thought twice about. Disgraceful. A few apprehensive minutes on the start line were whiled away considering whether there is a perfect way to tie a shoelace. We briefly touched on hitch, clove-hitch, reef, sheepshank and Old Mother Walker’s Errant Child Restraint. This latter one was reprised on the day by Andy – he said because his laces were far too long. We said it was because he had too much spare time on his hands, as he was ‘Home Alone’ for the weekend.

Mile one includes two sharp left-handers (Brian Lara and Jimi Hendrix, respectively) which put you on your tiptoes as you approach, but mostly it’s straight and flat. Mile one is reached still on the main road, although I can barely remember any traffic at all. Another left takes us off the main road and onto Moss Road, back towards to river. We then run a loop around the lanes, anticlockwise, reaching the two-mile mark at the highest point of the course, with good views back towards Lancaster. That is, if you have the energy to take anything in visually at this point. I don’t. It’s downhill for a short way, then back on the flat for the long run-in to the pub. There are several water hazards on this section, enhanced by the morning’s rain, and negotiating these is a welcome distraction from the unrelenting pain of running hard. Actually, it’s just running through puddles - but hey, it seemed quite exciting at the time. And the tide was out, otherwise we'd have had to freestyle to the finish.

Finished, and I can stop, spent. A few moments later Karen flies into the finish funnel, followed closely by John. We shake hands and exchange exhausted well-dones. Next in comes an unstoppable Andy Walker. Then comes an improving Tony Lowery, hanging onto his 18-second lead over Dave Peacock. Right on Dave’s heels (3 seconds!) is Marathon Man Kevin Whitemore, and that’s it – we’re all home.

We stay for the prizegiving, as Karen has yet another podium finish in her age-group. There are several talking points of course, but the biggest problem we could find was that Tony had forgotten to start his watch. Which mattered to Tony, but was hardly life-threatening. Not like 2008. 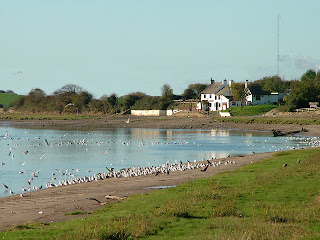 So, race seven over, performances analysed and reflected upon, we all returned to our respective homes & families, maybe a little bit richer than when we’d left. See, it’s only running, but it can give you such a lot. Even if it is just 5000m.
Posted by Alan M at 10:27 PM

The 'blogmeister' returns, with wanted posters, photos and imagery beyond us mere mortals!

Another excellent blog from the Charles Dicken's of our time or at least our running club. May I just add 'a view from the rear'.

The contest at the rear of a field is sometimes just as keenly fought as at the front or indeed in the middle. The Golden Ball was one such race as the 3 Musketeers of the rear packers Kevin, Tony and I locked horns once again in a proviate battle which has raged since the dawn of time or the begining of the 2009 Club Championship whichever came later. The pre-race preparation was a time of emtal preparation and an opportunity to land a pyschological blow on your opponents. Kevin fressh from a holiday to eastern Europe was first to strike with a debonair air reinfoced with a sophisticated hat bought in Poland but previously modelled by Yusuf Islam (aka Cat Stevens), Donovan (aka Donovan) and Czar Nicholas II (aka Mr Romanov), which he used to good effect and presenting a nonchalent pre-race attitude. Tony and I visibly shaken but not stirred fought back with fleeting references to the 60's folk scne and Tony's insistence on wearing his tee-shirt to the last possible second.

Race start line and the tension is building with the elite athletes (Karen, John, Alan & Wacca) strutting their stuff to good effect, leaving the rear packers left with some simple stretches and light jogging.

The race starts and Tony's usual lighting sprint which has taken him to the head of the FLM and the Xmas Pudding 10k fails to materialise - is he trying new tactics or just knackered. We soon have the answer as he uses the first sharp left turn to chisel out a 100m advantage by the fisrt mile marker. Into the second mile and kevin's nowhere in sight as I begin to settle for 2nd place in the battle of the rear packers; then a beeping noise bean to grow louder and louder as with the same terror as Captain Hook realizing that the ticking noise is a forwarning of his nemesis the crocodile I relaise that Kevin and his GPS is within striking distance. Worse was to follow as several metres later a rather jaunty Keving strolls past me effortlessly and even engages in light conversation about the state of the UK Skylark population. Interesting has his interpretation of the available RSPB raw data was my mind was grappling with the grim reality of Kevin dissappearing into the distance. I knew that my only hope was to keep Kevin within a 20 to 30 metre distance or face oblivion. As we headed towards the end of mile 2 we faced the the daunting climb overlooking Lancaster and the River Lune. In previous years this had spelt the end for many runners and for myself in last years race, but now it seemed to offer hope as Kevin's assualt on the summit began to slow and the gap shortened. With renewed hope for us all we descended into sight of the River Lune and for the first time since the early stages of the race a rather tired looking Tony came into view. Still first things first and a titantic battle ensued over the next half mile which had onlookers holding their breath as we were locked in an increasingly desperate battle for supremacy. With less than half a mile to go i made the fateful decision to push past Kevin and hope that Kevin's morale would collapse. Unfortunately hope has never been a friend or much of a comfort and Kevin irrationally refused to accept my supremacy. In a frantic attempt to keep Kevin at arms length (literally) a tiring Tony was getting closer and closer - did he know? However, the dice was cast and Tony with the last vestiges of a sprint finish crusied over the line to a deserved first place out of the rear packers; followed by me with Kevin just metres behind.

With a cup of cold water and a tee-shirt advertising a half marathon we congratulated each and began the build-up to the next titantic tussle!

Utterly brilliant Dave. If I was drinking coffee it would be all over the keyboard by now. Here's what the critics and cognoscenti are already saying about this..

'..a brilliant debut, even better when you read it again...' (The Spectator)

'....Peacock shows in this piece a deft and oft underplayed understanding of mid-to-late 1960's folk-scene millinery. A masterclass' (Hatters Herald)